In the Spotlight News and Events

To all the businesses and supporters of our program.

In the Spotlight News and Events

To all the businesses and supporters of our program. 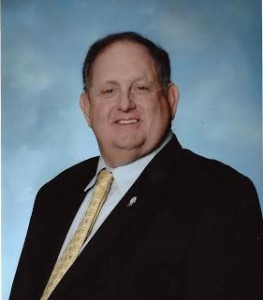 Charles F. (Charlie) Rose was appointed as the new Director of the Freestate ChalleNGe Academy in February 2013. He comes to the academy with over 40 years of experience with the military, both as active duty military and as a federal employee.

Charles was born and raised in North East of Cecil County, MD. He graduated North East High School in 1970 and then attended Cecil Community College. In 1971, Charlie entered the US Air Force and served on active duty for 20 years, retiring in 1991. During his military career, Charlie served as a Fireman, B-52 Gunner, and for 80% of his career, worked in the Morale, Welfare and Recreation (MWR) Division at various Air Force bases around the world, reaching the position of Superintendent of MWR and the rank of MSgt.

Upon retirement from the Air Force, Charlie worked in Sports and Recreation management for the government in the Washington, D.C. area. He served as the Director of Youth Activities, and subsequently, as the Sports and Fitness Center Director at Andrews AFB, MD, for over 14 years. During his career, he has worked with the Air Force, Army and Marine Corps in various sports management positions.

Charlie is very active in baseball, having been a player and coach for over 30 years. He was an Associate Scout for 6 Major League Baseball teams for over 12 years and credited with drafting and signing 6 players to professional contracts with one player going on to play in the Major Leagues with the Chicago Cubs. He currently coaches a 15/16u team in the Baltimore region.

Charlie has been happily married to the former Sue Feltman of Rising Sun, MD. for over 40 years. They have 3 children, Geoffrey, Brian and Deanna, and 2 grandchildren, Garrett and McKenzie.